The Return to Lemons

Some time ago I handed Lemons (My old C2 home J164417) over to a corp of eager new and returning players who had solid interest in PvP and displayed great promise. Their enthusiasm had me sell them the hole and POCO's at the proper rate I wanted. That is to say I gave them the lot in exchange for the promise they would honor the hole by giving the good fight. Lemons deserves that much. 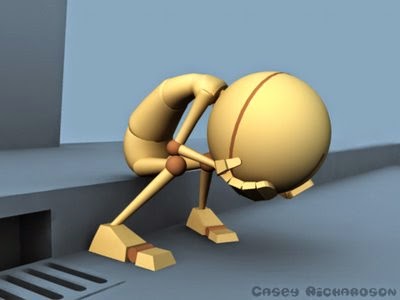 Well an AWOX and a vanishing CEO later and the corp fell apart and possession went to a Corp that were NOT honoring Lemons. They were the Beariest Bears that ever dared to Bear. It was far from acceptable and I began to arrange a time for another eviction in our old home with the remnants of our once proud WH corp. The call was put out and probably 1/4 of the old crew agreed to come along with many new friends. It was looking like it would be a fun week. We penciled in a date 6 weeks from then. However a Spai in the hole informed me they had vanished without a trace the next week.


Well at least we didn't have to kill a tower. A few days later I log into a flurry of mails about a new Corp moving into Lemons. Was bound to happen the PI was amazing and the C3/HS Statics are to kill for. Well they were a Null-Sec refugee from Skeleton Crew by the name of flying tigers. They seemed fairly PvP orientated so I held off on the introduction of the welcome wagon to let them settle in for a bit. I monitored their Killboard and realized they were either the unluckiest POCO bashers ever or they didn't roll their statics before bashing a POCO. They lost 3 lots of POCO bashing ships in as many days. Well I didn't want the POCO's back myself and gave no dams about them being lost so I kinda formed up the idea of taking my old original partner in crime in Lemons (the last surviving original besides myself) Robert Dalentis to go dunk the Bashers on the last POCO timer as a kinda 'Welcome to Lemons'.

We worked out this op would work out to be 5-6 days away since they were killing 1-2 POCO's a day. I woke up and checked the Boards to see 3 dead POCO's and logged on my scout. The remaining 4 were also in RF mode. I looked the kill details up and got quite the shock. They Had killed my old tower I left behind WITH A DREAD. Well having killed one of every dread in Low-Class except a Nag I couldn't very well let that go. I tried to Ad-Hoc an opp but I just couldn't get numbers for it in time so I asked some of the guys to ask friends to come along and help. I managed to get Rob to bring some Lzr Hawks lads for a dread kill but then somebody on my coms started eluding to SSC coming. Well my Lzr Hawks friend went dark on me and I knew that a full on 3 way was a very likely occurance but I didn't want to pass up this chance to go after the dread so we proceeded with the plan and setup for it. Our Pro SSC fleet member assured us they wouldn't shoot us and said not to shoot them.

With no real contact with SSC and a few blunders later a SSC dictor bubbled the dread and it all kicked off. We warped into the bubble and I gave the order to keep 40-50KM range and not to engage SSC. Sadly somewhere between our go between and the average line member the message wast relayed and as we were burning out we were long pointed and started to get lit up. I said warp off if you need to but try to tag the dread tho whore on it and sicked my own drone upon it in my Gila. I loaded up TS to see my Lzr Hawks contact was still there listening and suddenly chimed in with I'm 2 jumps out and would appreciate if you could drag it out for a little longer. The DPS was not our fleets tho and I couldn't help him with this. As the dread went into low structure I said get ready to warp to the fleet and I aligned out. At the last second I was tackled again and heated my MWD to make good my escape among calls that people were being agressed again (so much for a friendly SSC fleet :D).

The fleet made up of Marmite, DBD, and some other randoms bugged the hell out and as we landed on the High-Sec hole I noticed a large spike in the High-Secs local on one of my other screens. It was Lzr Hawks. However they were too late to force a brawl with SSC and with similar numbers on a High-Sec hole they withdrew having missed out on blood by a mere 30-45 seconds. High-Sec hole brawls suck and nobody really wanted to engage in one. After further investigation it turned out they heard about a blunder that caused the Dread to POS up and went home only to turn around as it was tackled 5 mins later.

All in all it was a dunking of an abomination and its heathen supporters before our Lord Bob and was dealt with. I contacted the CEO of the corp via mail RP'ing that whole line a little while lending advise about Low-Class dreads are like a giant bulls-eye. After a few good chats we have parted ways. That is until the next time we return to Lemons...
Posted by Noragen Neirfallas at 05:56